Denis Rankin collapsed and died while taking part in the Slievemoughanmore mountain race on Thursday the 16th May 2013. He was just shy of his 68th birthday and had lived his life in close contact with the great outdoors and particularly mountains where he continually challenged himself with feats of endurance. He travelled widely to take part in events throughout the British Isles and Europe, particularly the Alps where he and his family enjoyed many great holidays. He spent most of his working life teaching Accountancy at the University of Ulster and had enjoyed just a few years retirement before his sad passing. 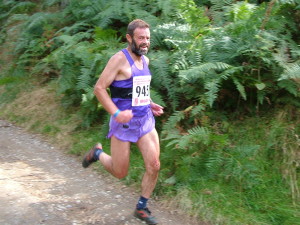 In many ways Denis was a quiet man but once you came to know him you discovered a thoughtful person who processed life’s day to day problems carefully, before giving his view, and when he did it was generally worth listening too. He could be fiery enough if he felt passionate about something, especially perceived injustice, and was not afraid to stand his ground when the majority view was different. These qualities were reflected in his running for he was a tenacious competitor and had a steely determination which stood him in good stead when it came to completing some of the ferocious endurance challenges he set himself. But it was not just as a sports competitor that we remember him, for he was also heavily involved in setting up mountain running in Northern Ireland and developing the Mourne Mountain Marathon into a top rated event. 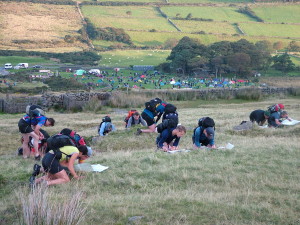 Denis’s father was a keen hill walker and introduced his family to his passion. There were regular trips to Scotland setting a trend which would last throughout Denis’s life time and on one of these early  trips he climbed his first Munro, Cairngorm, in the summer of 1956. He was also a keen scout and this fuelled his interest in climbing and as a Queen’s Scout he was able to go to Kandersteg in Switzerland in 1963 on an alpine climbing course.

This interest in climbing continued to develop during his twenties with more trips to the Alps and winter mountaineering in Scotland and at home when the weather was suitable. Rock climbing was developing rapidly in Ireland at this time with a hard core of keen enthusiasts putting up new routes throughout the island.  Denis was part of this scene and put up a few routes of his own in the Mournes. He made friends during this time who would interweave with the rest of his life, such as Jim Patterson, Ricky Cole, John Forsythe, Ricky Cowan and Mike Mills. Another person he met at this time was Madeline, a keen young hill walker who he picked up hitch hiking on the road to the Mournes. In due course they would marry, settle in Belfast and produce a family of two daughters, Kerry and Sarah.

As the Seventies progressed Denis became more and more interested in mountain running. In those days the main events were the Slieve Donard race, which had been in existence since the 1940’s and the annual Mourne Wall walk organized by the Youth Hostel Association which later attracted upwards of 3000 walkers. Denis and friends would run the 22 mile long course and Denis was a regular first person home. He also travelled around Ireland to tackle other challenge walks such as the Maam Turks walk in Mayo, Kerry’s Reeks walk and the Glover Highlander in Donegal, where he and Jim Patterson still hold the record for the fastest completion. 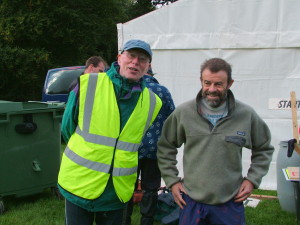 Jim Patterson would also be his companion as they ventured across the Irish Sea to take on the exciting new concept of the Mountain Marathon promoted by the Karrimor equipment company. This involved traversing wild mountain country for two days, carrying enough gear and food to be self sufficient, while navigating a course disclosed at the beginning of each day. Accurate navigation and speed were to the fore and Denis and Jim were regular attendees for many years with top ten finishes to their name.

Intertwined with these competitive events were big days in the Irish hills and the Scottish highlands walking and running the Munros and various long distance endurance events of which the one which gave him the most satisfaction was the English Lake District classic, the Bob Graham round. At over 70 miles long with 42 summits to climb and a time limit of 24hours in which to complete it, it is now regarded as a challenge par excellence. Denis and Jim Patterson tackled it in June 1979 and become successful circuiteers numbers 130 and 131 and the first from the Island of Ireland.

1979 revealed another of Denis Rankin’s talents, for along with a few other hill running enthusiasts they created the Northern Ireland Fell Running Association –  NIFRA, ( which later, with the substitution of Mountain for Fell , became NIMRA), with the objectives of creating a mountain running championship to encourage the development of the sport in Northern Ireland. Denis took on the role of secretary.  Soon there was a small vibrant community of runners promoting a selection of races spread across the province with Denis personally organizing the classic Annalong Horseshoe race for many years. 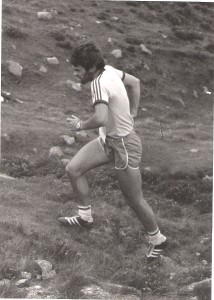 A Mountain Marathon had been started in the Mournes by the local Mountain Rescue team in the late 1970’s and Denis and Jim Patterson won it on the first three years of its existence. It proved to be a very popular event and rapidly out grew what the original organizers were comfortable with so they asked around for somebody else to take it on. Denis put together a team of volunteers and for the next thirty years he took it from strength to strength attracting teams from all over the UK, even in the dark times of the Troubles when few visitors would come to Northern Ireland.

Denis completed his final Munro, the classic guardian of Glen Coe, Buachaille Etive Mor on the 28th May 2001. He could have completed a decade sooner as he only had ten or so left but he felt that it was best to be always looking forward to another Munro trip rather than being left with no unclimbed Munros to do.  He changed this view later and I recall his statement that sums up the reasons for living life to the full, “It is arrogant to expect that you will always have your health”. He did not want to be in the position where he could not complete the task. 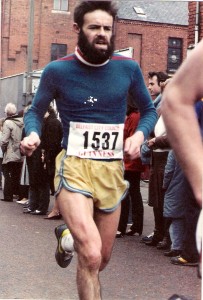 There were so many things that Denis Rankin became involved with. He was an accomplished skier, both Alpine and Nordic, and would regularly practice along the banks of the River Lagan on his roller skis putting the wind up many a walker as he appeared to take up the whole path as he hurtled towards them.  He loved cycling as well, especially expeditions such as the road trip to Jura which was nearly as difficult as the famed Pap’s of Jura race which he loved.  Swimming, cricket on radio four, Real Ale were just a few more of his many interests. Denis could also be found at many of those public meetings which the majority of outdoor enthusiasts ignore, dealing with such things as access issues, footpath erosion, environmental damage. He felt that it was important to keep up to date with developments and to have your say where necessary.

Denis Rankin was quite a character and the mountain sports community have much to be thankful to him for.

We hope this challenge will be a fitting tribute to what he represented.